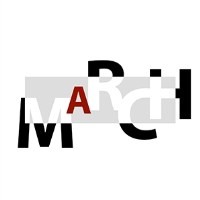 Catchy indie pop rock with a streak of bitterness. Composed of Swiss natives, Xavier on vocals; Jerome and Seymour on guitars; Pierre-Yves on bass; and Vincent; March makes their debut with a demo that includes three upbeat indie pop rock tracks.

Filled with bitter, moody lyrics along with a nice blend of acoustic electronic sound; this demo from March deserves 25 minutes or more of your time.The band is relatively new in the Swiss music scene, but they are already off to a great start.

March’s song, “Alice” was featured in the movie by Swiss indie film outfit, Reza Productions. The movie, Semblance, Â is a 7 minute long psychological thriller that was shot in one location with just one actor and no dialogue.

Demo from March is a great compilation of three solidly built tracks. It swells with poppy acoustic guitar work and meaningful, somewhat bitter lyrics. “Alice” is a must listen and conjures up a fun afternoon under the sun or a moody remembrance of a hurtful love experience.

“Black Mirror,” on the other hand, reverberates with the early 2000s hipster vibe. It comes with that “brit pop” sound on acoustic guitars, reminiscent of a more subdued and acoustic/electro version of The Libertines.