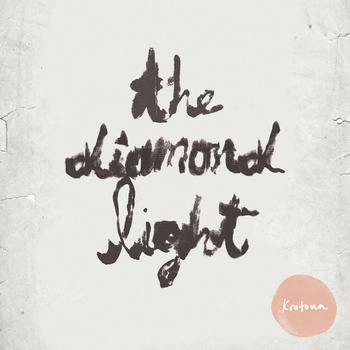 In a scene dominated by glamor and pageantry, the gritty and bare-bones rarely stand a chance. Sure, The White Stripes and The Strokes made it, but their presence is hugely rendered anomalous by the prevailing forces. That’s why it’s a delight – and a respite – to stumble upon something as authentic as The Diamond Light. In 2009 this Los Angeles-based “soul-rock-blues” band, as the members categorize it, released Krotona, an eight-track EP that is a testament to how good and satisfying music gets when you keep it raw and real.

There isn’t one languid moment in this release, even as supposedly lethargic acoustic tracks turn up in a significant number. Contrary to that notion, these acoustic numbers possess the broody, sinister power of Delta blues that serves as a pass to a vicarious experiencing of the unknown; in fact, the first few of moments of Get Behind the Mule, with its quasi-lo-fi wailing vocals and hard-times-inspired eerie melodies, are Delta blues by all important measures.

The electric tracks, on the other hand, are buoyed by a masterful reworking of signature blues-rock riffs and licks and tightly interlocked drums and bass, creating late-60s and early-70s dynamics and vibe, which the band obviously strives to achieve. Vocalist Griffin Young’s pipes and melodies work toward this end as well, though it may be noticed how his voice takes on qualities of those of Silverchair’s Daniel Johns and ex-Red Hot Chili Pepper John Frusciante.

And since this is an unapologetically old-fashioned rock and roll band, Krotona is not bereft of vigorously played guitar solos, earning it an added dose of grease. Which is a necessary element for the band to stay true to what it is — raw and real.

If you like them and would like to hear more from the band, head to their Kickstarter page and help make their next album possible.