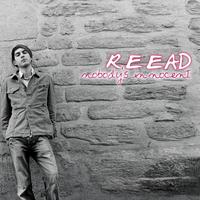 Another great band is slowly making their way to create a name in the industry. During the summer heat of 2007, Earthman Embassy, a band from New Jersey, USA, started creating demo songs in a well-known school called, “Anthony Vitale’s Original Music School.” Slowly, from one song, their compositions developed to two, then to three, until they have written and composed nine great songs that comprised their soft, but rocking, first album, “Demonstrations.”

Earthman Embassy named their first album “Demonstrations” for obvious reasons – it contains their 1st nine demos. Opening the album is the modern rock song “Grumbles.” The song is very comfortable & entertaining to listen to. “Boring Like Her” has a very playful sound compared to other songs featured in this album. George Zeitler (keyboardist) gave life to the slow and very graceful “Lullabies and Gold.”The band shows their talent for modern rock in “Melody of Catastrophe.” The perfect blend of Ben Taylor’s electric guitar play and Tommy Crocker’s showcase of his drumbeat makes this song the rightful track to close “Demonstrations.”

The complete track list for “Demonstrations” can be seen below:
1. Grumbles
2. Boring Like Her
3. Rocketship
4. Lullabies and Gold
5. Live Well With Myself
6. Kingdoms of Secrecy
7. Nothing to Anyone
8. Naïve
9. Melody of Catastrophe

Earthman Embassy is continuously holding gigs around USA. Their tracks in Jamendo are still climbing the charts. If you are looking for a new laid-back Pop Rock listen, then “Demonstrations” is definitely a great addition to your album list.

This work is licensed under a Creative Commons Attribution-Noncommercial-Share Alike 3.0 Unported License and is available as a free album download from Jamendo.com