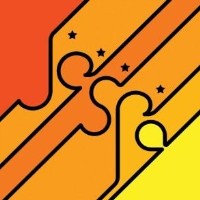 British acoustic folk pop act, Jespa or j*e*s*p*a “are an acoustic folk, soul and blues duo based in london, playing their hearts out to everyone who’ll listen.” That description from their Myspace might sound generic but they do have a great set of cuts to back them up.

Their 5 track self-titled EP is filled with lush and melodic cuts that make you wish you had it playing as background music for every quiet and lonely moment you ever have. j*e*s*p*a is composed of James Pepper on guitar, mandolin and vocals plus Anthony Shepherd on vocals and guitar. For their EP, the duo has put together quiet, acoustic guitar filled cuts that make you just want to sit back, relax and think. One of the standout features of this album includes the gorgeous, clear and strong vocals as well as the emotion that’s behind every uttered word.

One of the best tracks to listen to includes opener, Orla. It showcases  beautiful lyrics with very consistent guitar strumming. After the somewhat soft and quiet intro, it moves on to a slightly upbeat tempo that’s coupled with melodic guitar picking plus very clean vocal work. On the other hand, What God Meant might seem like a monotone track with its basic guitar strumming but it is nevertheless, full of emotion. Settle Up, Waiting at the Station and Belong To You round up the rest of the tracks on the compilation.

Perhaps the biggest draw for fans of this simple album is the expressive yet strong vocals that comes with each track. Currently, the group is busy with doing live shows. Some of the highlights they’ve listed for the year 2010 so far include having two tracks released in iTunes and Spotify, opening for the Lockstock Festival 2010 in Camden and touring Finland back in June-July 2010.