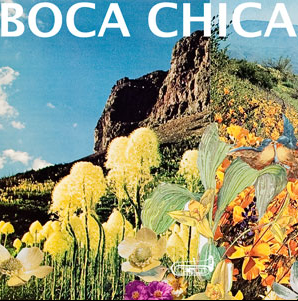 Boca Chica is definitely a dynamic band. Why dynamic? It had more than 40 different members since it’s inception (currently including Hallie Pritts, Susanna Meyer, J. Vega, Ricky Moslen, James Hart, and Kraig Decker).
Yet it’s catchy lyrics and instrumentation, which take us on a unforgettable journey into the land of modern indie pop, have placed the band among the definite favorites in Pittsburgh, Pennsylvania and brought in many new fans from the infinite lands of the Internet. Their latest 3-track release with a EardrumsPop Netlabel is a beautiful collection of sounds for all those warm relaxing evenings ahead.

I first went across the band while browsing through the NPR’s All Things Considered Blog under the ‘Little known bands you should hear’ tag. Well, Boca Chica is definitely worth knowing, but since the first publication of the NPR’s post in 2009 and the strong PR led by Hallie Pritts, the band also gained a great new audience.

Led by songwriter Hallie Pritts the bands songs are “dark, catchy, and combine somewhat surreal lyrics and instrumentation with bar band appeal.” Influenced by performers such as Gillian Welch and Hem it is also not that hard to notice just a touch of classic country surrounded by the gentle folk and pop candy wrapper.

The tracks are not only the product of a wonderful collaboration between the band’s members, but also some other great minds who helped to mold the lyrics and musical arrangements into this amazing little release. (Track 1 and 2 written by Boca Chica. Track 3 written by Nik & the Central Plains. Arrangement and performance of tracks 1 and 3 by Boca Chica, and track 2 by Boca Chica and Lohio.)

Pritts have formed the band all the way back in 2005 with a longtime friend Susanna Meyer. If you want to check up Boca Chica’s full albums, like Lace Up Your Workboots, head straight to CDBaby.