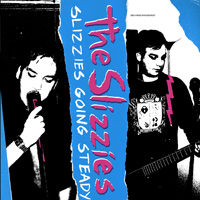 The Slizzies came about on a whim. When they first got together, only one of the members had actually played an instrument in their lifetime. Despite this complete handicap, that didn’t stop the guys from agreeing to form a band.

The succeeding times weren’t easy. From gathering for band practice, to actually learning to play for much of the group; it was certainly a joyride. In the end, the succeeding members actually managed to record a couple of original tracks in true diy fashion. These tracks were recorded from various live performances and rough studio sessions. Hence, don’t expect awesome quality but do expect some great punk tracks coming your way.

There are 30 tracks to choose from in this record. As mentioned, most of these were done in shady quality so don’t expect a polished, ready-for-the-presses album here. It’s essentially true blue underground punk that’s equipped with shouty vocals, fast drumming and loud guitars with repetitive lyrics.

According to one of the members, “the songs on this album were recorded with vocal microphones, and a lot of the time recorded as a single mono mixed track of each instrument, leaving little room for modifications. We didn’t take any notes while we were doing this, and, more often than not, we had to repeat instrument takes days later since something got screwed up during the recording, which we didn’t notice it until it came time to mix a song. We really didn’t know what we were doing.

There’s a certain rawness to the tracks that translates well to the diy punk mythos. If you enjoy an energy-filled dirty punk rock album once in awhile, you’ll have a good time checking this one out. Take a listen and grab the download.