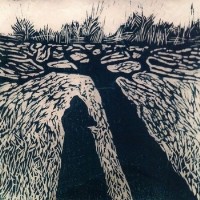 For a compilation that was recorded at home using a laptop microphone, Living Room is a pretty decent little EP. Echoing an indie female version of Cat Power or even PJ Harvey, the songs are essentially quiet yet powerful dreamy reveries.

Hella Better Dancer is a UK-based four piece crew that’s fairly new in the scene. Even though they emerged only a couple of years ago, their sound is well-beyond their years.

This is the latest release from the band and it’s the first they’re offering for free download. The first two, Please Stay Here and Swimming, are both available for purchase.

Yes, there are only four tracks on this one and it doesn’t go further than 10 minutes but what the album lacks in quantity makes up for in quality. Every single one of the songs here has that special touch; making them relatable and easily enjoyable.

Starting off the short compilation is the one-minute plus cut, Brother. The song is soft and slightly hazy with great vocal work coming from Tilly. It’s simple and the lyrics are very minimal, just one line sung in a loop but the sound that emanates is mesmerizing and makes you want to stop and listen. Meanwhile, After School, is an equally catchy single that infuses narrative lyrics and a slightly nu-folk sound. It’s also one of the more upbeat cuts on the EP.

Last Song is the longest on the EP and it definitely delights the listeners. It’s a bit more ambitious compared to the other tracks with various instruments joining in apart from the dominant guitars. Closing off the record is B2, a quiet and ethereal sounding cut that carries the listeners into a dreamland.

This is probably one of the best EP’s that I’ve listened to in quite a while. It’s rare to make listeners like one track after another but the band manages to pull it off. Every single track is charming and quite infectious. Take a listen and see if you like it too.