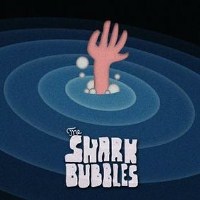 Call it noise rock, psychedelic electronic dance pop or indie spacerock, whatever it is, Necktie Troublespot by The Shark Bubbles is, well, something else. This German band’s music has been likened to those of great rockers The Velvet Underground, and it’s not just the Nico-esque female vocals we’re talking about.

Necktie Troublespot is an eclectic album filled with uncharacteristic song arrangements, diverse instrument work and music that appeals to your senses.

The album opens with Casual Career. This track starts with a conversation sample that sounds like it was taken from a 50s TV show. It’s followed by hypnotic drumming and a rush of eclectic sounds that assail your senses.  Meanwhile, Maquis de Battlestar incorporates a more indie new wave flair. Another awesome cut is the melodic Heaven’s Gate. This one has a sultry vibe going on along with folk-ish girl vocals.

The nice thing with this band is that even though they introduce countless elements and sounds in their music, it’s all done in good taste. It’s like they have an innate equalizer that automatically balances out the harmonies, sounds and noise they create. (No, I won’t use the term Autotune since it often denotes a bad connotation.) Moreover, this is one of the very few albums where having a female and male vocalist actually works. None of the tracks sound cheesy or overworked at all. Every single element finds its own little niche and settles in nicely.

The fact is, you’d have a better chance of getting what I mean once you listen to this album. This is one of those records that you’d have to spend some time with in order to understand why it’s so awesome.