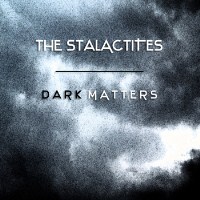 If you’re looking to get your progressive rock fix, The Stalactites’ Dark Matters could help you in this department. Made up of Johnny B. (guitar),  Rudy Hellio (piano, guitar, programming), and Sophie Hebbelynck (violin), The Stalactites is actually a virtual band; making use of the internet and sending each other recorded files from miles away.

Dark Matters is the second compilation for the group. It was released back in August 2011. Don’t expect crazy progressive riffs in here though, the album dwells more on the atmospheric/ambient side, combining hazy guitars with moody violin work and great programming.

As mentioned, the guys are essentially a virtual band; recording their own parts from different places and combining these into one cohesive track for the album. So far, the formula is proving a success. Dark Matters exudes this otherwordly vibe that’s both soothing and relaxing.

From the opening track, Kryptonited, you can sort of guess that you’re in for one moody, spacey trip. The song is a bit somber but it does set the mood perfectly for the rest of the compilation. Occasionally, heavier guitar riffs do come into play such as in SOL and Paranoid Bones, but there are also melodic piano work in tracks like Nova. In the end, you get this ethereal rockish sound from the record which is easily likable, even if you’re not a complete prog rocker.

Dark Matters is perfect for anybody who has a taste for experimental music. Prog isnt’ exactly everybody’s cup of tea but for those who love it, this one should be an easy winner. Take a listen.