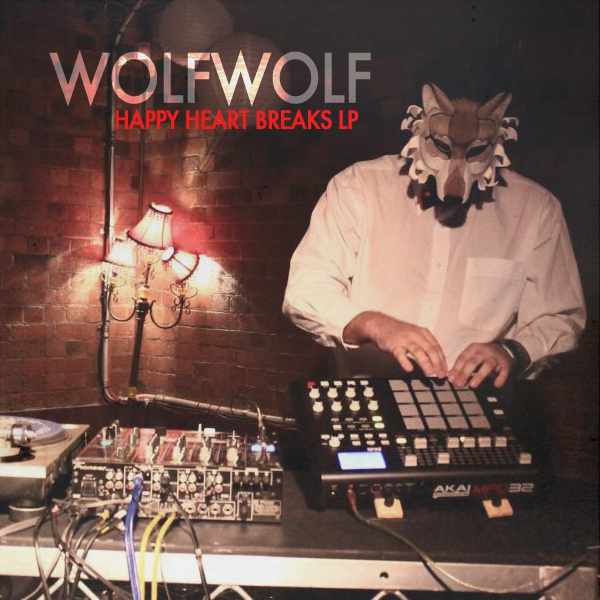 Gathering together 8 tracks, the album doesn’t only include catchy tunes but also ooze a subtle sexiness at the same time. Designed to make you want to take yourself to the dancefloor and enjoy the night away; each track is a beautiful cacophony of groovy beats and vocals.

Starting with the happy and upbeat, Took So Long; the track has a strong dancing-all-night-by the beach feel that’s coupled with a retro sounding mix of instruments. Wolfwolf’s weapon of choice include a MicroKORG XL, MPD Midi Controller, a twin set of V-Drum pads and a Macbook Pro. These help recreate a host of sounds that reflects a nice 80s electro funk vibe. Tracks like Get To Know You and My City are two other great tracks you can check out if you want to get a feel for the record before fully diving in.

Listening to the album, it’s hard to imagine that Wolfwolf is actually a classically trained musician, getting his start by playing the piano at age 3 before moving to the violins, trumpets, drums, guitar and even the trombone. Eventually, he moved on to much more modern instruments. The artist has also released quite a few records under his belt but in a different alias.

As Wolfwolf, Happy Heart Breaks LP is among his first compilation and it’s obviously making a mark. Today, he’s known for having a visually entertaining as well as musically interesting live performances. Donning his custom made leather mask and looking dapper in a suit, he skillfully weaves his sound and creates some of the best dancefloor tracks worth checking out. Take a listen.