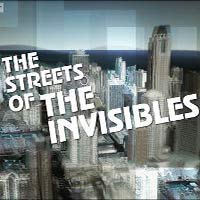 The Streets of the Invisibles

The famous street drama of the 70’s is back in today’s most helpful tool, Google Street View.

Directed by Remo Rauscher and produced by the University of Applied Sciences, Hagenberg Campus, Austria, The Streets of the Invisibles is a web-2.0 animated short exclusively using Google imagery. It has aready gained a lot of buzz in festivals and award giving bodies across the globe.

The film revives the TV series The Streets of San Francisco as Mike Stone (Karl Maden) and Steve Keller (Michael Douglas) are back once again on today’s street to catch a homicidal maniac who should have been incarcerated thirty years ago.

“Experimental” will be the one word that pops into your mind upon seeing this short. Images over images of street views (that we usually use as maps) are layered with sounds from the first 20 episodes of the TV series. It is really amazing how one brilliant mind can conceive a way to breathe life into these still images.

The concept behind the film is based on Rauscher’s thesis which discusses the extraordinary display of forms of invisibility in the movies, exploring powers of the disembodied voice. In the movie, there are no visible characters only voice over and movements of images to depict a certain change.

Overall, The Streets of the Invisibles is something that you should definitely watch as it does not only depict forms of invisibility, it also showed how literature can emerge from the places that we’ve never imagined before.