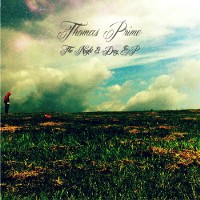 Thomas Prime has made an appearance in the blog before, although not as a solo artist but instead as part of the Cult Classic Record compilation, Friends and Family.

This time around, Prime isn’t only bringing his cool name to the fore, instead he’s delivering an exciting and smooth R&B, jazz- tinged record.

The Night & Day EP features 7 instantly likable cuts that seem programmed to impress without much effort. It’s a collaboration record that sees Thomas working with artists like Awon, Dicap, Landon Wordswell, The 49ers and Formo Sir among others.

The Night & Day EP opens in a mix of samples, laid back beats and great rap skills. Forget Everything features  a little help from Oregon rapper, Landon Wordswell.  Second track, So Much Pain, on the other hand, introduces a smooth R&B feel. It’s a nice typical cut talking about being enamored with a lady love.

Other songs like Light it Up, tackle the common occurrence of pot use. It’s almost an ode to the joint, bearing a great beat and good storytelling lyrics. Meanwhile, One Of These Days ft. The 49ers & Formo Sir, is a catchy cut that’s reflective about the artist hard life. It’s a telling cut that’s instantly relateable. There’s also a nice Chinese rap segue that adds a layer of interest to the single.

Closing the album is Honesty (Lovely Day,) a feel-good cut with a catchy refrain. It’s easy to find yourself humming along to this one.

Thomas Prime is not only a must-watch producer, The Night & Day EP showcases the producer’s own chops, proving that he’s a guy to watch out for as well. You’ll find the album on free download over at his BandCamp page. Enjoy!