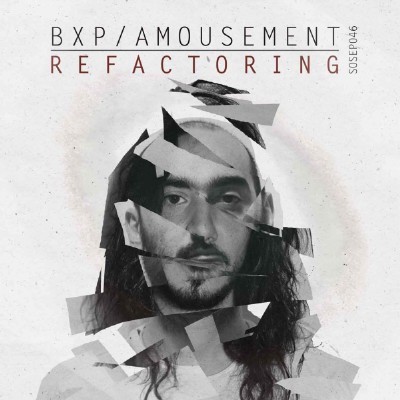 When two electronic musicians come together you can expect great things to follow. Refactoring is just one of such exercises that brought about the perfect mood surrounded with eclectic beats and mixes from Italy-based producers and DJs, Amousement and Bxp.

Listening to the EP is like diving down head first into an unknown world where the Twilight Zone and occasionally happy unicorns seem the norm. You’ll be easily pleased with the EP if you like a little bit of the dark side as well as some cool electro/house music.

Amousement has been active in the scene since 1996, using both digital and analog hardware to create his masterpieces. On the side, you’ll also find him playing live for a punk band. Refactoring comes from the heels of the artists’ collaboration with Bxp, a relationship that made it “possible to move from typical ambient sounds to a dancefloor mood.”

Weaving a lot of experimental sounds into his tracks, the album is like unwrapping a nice present. In Autumn, listeners are treated to a smooth mix of synths and flourishing electronic beats. The track perfectly combines energetic rhythm with a more laid back feel making it quite pleasant to listen to. Y& M, meanwhile, relies on a dark, dubstep feel to communicate its energy. Coupled with random vocal samples; this is perhaps one of the darker tracks in the record.

The other two cuts in the EP include 1A9, which sounds like the perfect video game soundtrack, and Shuffle Night, which is more laid out for a house/electronica dancefloor showdown.

Overall, the EP is quite intriguing. There’s a great mixture of elements from bass, synths and samples. The rhythm ebbs and flows nicely between tracks so you get chill-out spacey music mixed in with some of the stronger beats. Great as a soundtrack to your next house party. Enjoy!