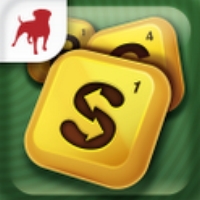 Scramble With Friends Free is one of the most popular word games for the iOS and Android. The gameplay is addictive, and you can literally spend hours playing with your friends. The game was developed by Zynga, the same company that produced Hanging with Friends and Zynga Poker.

The game is easy to learn, but mastering it takes time. The app consists of a board with sixteen Scrabble letter tiles set on a 4×4 grid. Players score by moving their finger along tiles that are adjacent. Your goal is to form words (minimum two letters long). A single game has 3 rounds. You play each board individually. You won’t be able to see your opponent’s score until the round ends. As you win rounds, bonus points become available.

There are power-ups available for players before a round commences. These include “inspiration” where you get 3 words; “scramble”, where the board is rotated and you get another look; and “time freeze”, crucial because the game is timed. Players can use two power ups per round. The winner is the player with the highest score after three rounds.

Probably the only limitation is you cannot play Scramble With Friends Free alone. You have to choose one of your Facebook friends. You can also find players via their Zynga username. Those who have played word games before will love this game. Newbies can have a lot of fun with this one too. The graphics are nice and the high resolution is striking. There are also some pretty cool sound effects.

Another noteworthy feature of Scramble With Friends Free is its stability. The game runs smoothly even at a fast clip.