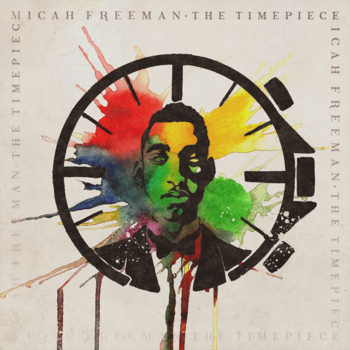 A hip hop concept album, The Timepiece by Micah Freeman takes you on a musical journey through several different decades of music. You’ll hear a bit of 80s funk and the more raw 90s hip hop sound in here.

This is the first album for the Baltimore native. It’s done in collaboration with The DJBooth and is a solid hip hop/pop record that honestly brings to mind swagger similar to that of Pharrell and his time in N.E.R.D as well as Kid Cudi.

The Timepiece is offered as a free digital album in exchange for your email. It’s a great bargain, considering you’re getting so much in the deal.

Freeman plays a time traveler in this one. The concept freely allows him to explore the many facets of hip hop music during its early days (you know, the ones where it wasn’t exactly shameful to wear bright colored clothes and not include a single cuss in the lyrics?) up to the more futuristic, electronic infused sounds.

The good news is that for the most part, Freeman is quite successful in the endeavor. He puts together a good story for listeners while keeping seriously fun and catchy hooks in between.

Catch You and See Clear, are defined by a nice 80s pop influence. If you’re old enough, you’d love it simply because it sounds like you’ve been listening to it forever. The intermission, A Time Traveler’s Manifesto: The Descension is an instrumental epic piece that brings to mind equal parts Vader in Star Wars and Tim Burton style chimes. Much of the latter half of the album incorporates a slightly futuristic and very danceable vibe.

Personally, I like this one. I don’t have any complaints about it and in fact, it’s something I wouldn’t mind listening to for a good while. You can even leave it playing and chances are you’d probably enjoy it too. Give it a listen and grab the download if you like it.