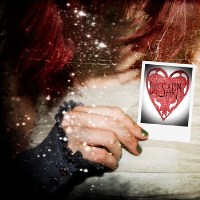 One of the most interesting indie female pop rock compilations I’ve heard in a long time, Disarm from She Makes War both enchants and captivates upon first listen.

The lady behind this musical project is multi-instrumentalist Laura Kidd. Apart from music, she’s dabbled in other interests like film making and photography among others. She also does session work for various musicians including Alex Parks, I Blame Coco and Tricky.

This is her debut compilation and it comes with 13 tracks that hover between indie rock, slight grunge and pop.

Initially recorded and released last 2010, the album released two singles, four DIY videos and a handful of personalized album covers. Currently, the record is available on a pay-what-you-want basis over at BandCamp.

Most of the tracks on Disarm are energetic; filled with upbeat tempos and heartfelt singing. Opening single, Scared to Capsize, is somewhere in between. It showcases a nice blend of instruments which add to the depth of the songs. Laura’s vocals are beautiful and lends itself perfectly to the sonic landscape. Other tracks worth noting include Olympian, which places the artists vocals front and center as well as, I Am, with its catchy poppy beat and beautiful lyrics.

The nice thing with the record is that you occasionally get surprising songs like NIMN, which seems to be NIN inspired. There’s a slight industrial sound accompanying the cut making it dark and moody. Laura’s chameleon vocals also take the song a whole other level compared to the others.

Overall, the album grows on you. Even if you don’t fall for all of them, there’s bound to be a track on here that you’ll appreciate. Plus, the quality of the songs is enough to really check this out. Grab the download. This’ll be worth your time.