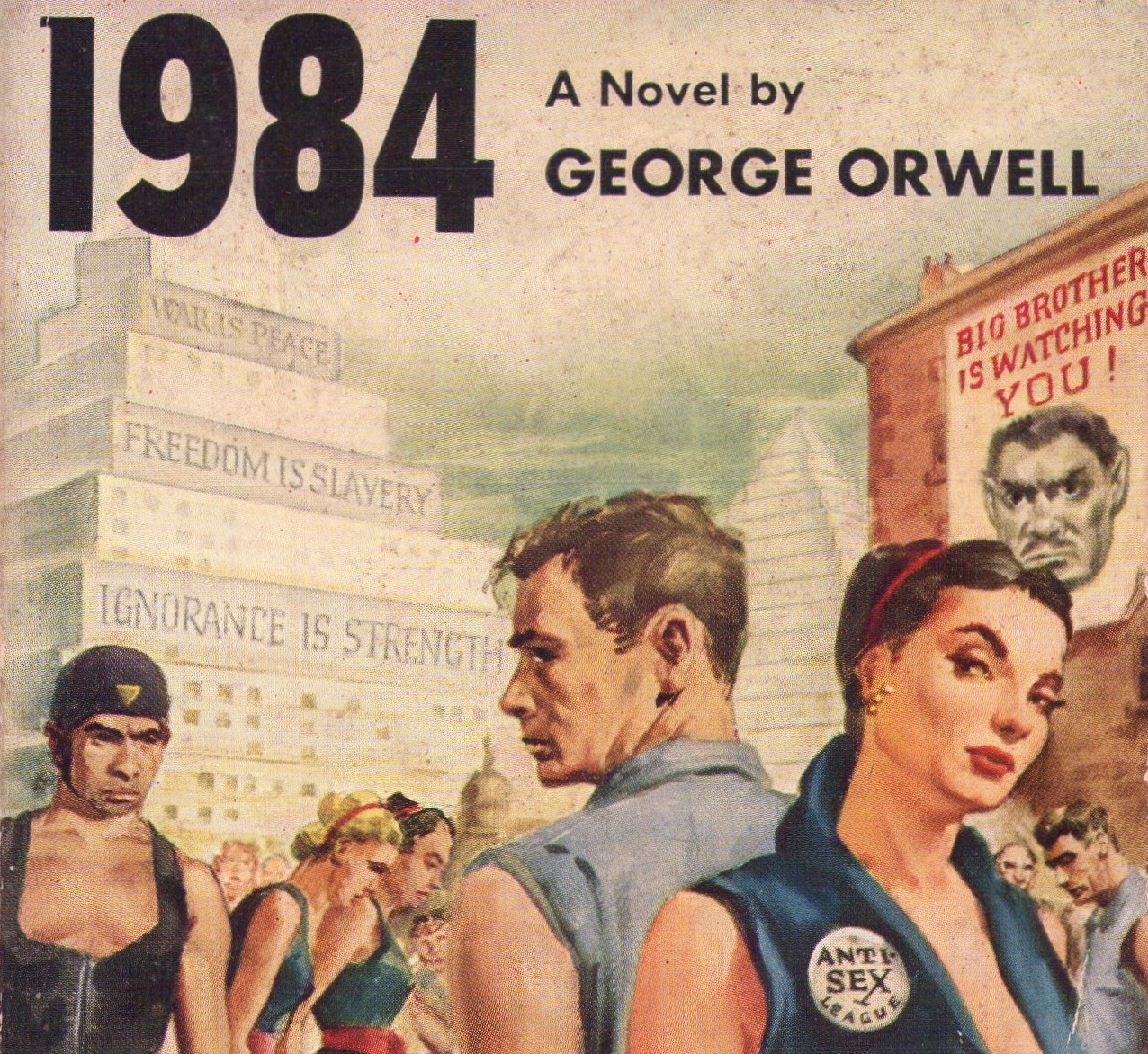 Giving rise to the adjective “Orwellian”, 1984 was a timely release during its publication in 1949, yet still as timely as ever.

It delves into the monotone existence of Winston Smith, a government employee who’s part of the Ministry of Truth, but their role does the reverse; retooling past events in the story to be in line with the propagandas of the English Socialism, the ruling party.

Orwell creates an alternate world that’s eerily familiar; a world divided into three provinces that wage war against each other, all for the benefit of the profit. In the narrative, Smith’s secret hatred for the party increases, most especially when he meets Julia.

However, don’t mistake this for a romantic “us-against-the-world” story. Big Brother, the enigmatic dictator of the state, takes center stage, together with the political machinations of the totalitarian state, which is referred to here as an “oligarchy”.

Orwell’s elaborate yet simplistic unraveling of the scenes makes the political and made-up lingo (thoughtcrime, Newspeak) make the events easily digestible even to the casual reader.

If you’re looking for that next gripping read, look no further. The state of Oceania has it for you.