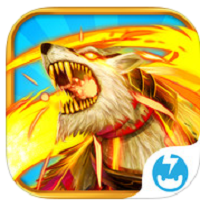 War of Dragons from game developer FireMocha is a puzzle RPG that requires tactics and skills to win. You have to swap and match magical rune stones in order to save mankind. The game, which requires an Internet connection to play, takes components from the classic match 3 puzzle and adds a layer of RPG, so it’s a unique playing experience.

Matching and swapping rune stones is not the only way you can save mankind and put an end to the Dragon Wars, as you also need to recruit heroes to join your quest and defeat the monsters standing in your way. If you have played RPG games before, those elements are present here and should be very familiar, and the additional element of strategy makes it very compelling.

Then there is the fact that War of Dragons also incorporates the match three puzzle concept, very popular among gamers today, and you can create several puzzle combos that will give you the edge in the game. Apart from these War of Dragons also lets you explore and solve literally hundreds of dungeon puzzles. There are IAPs here, but they are not required to play the game and can be turned off easily.

War of Dragons also lets you collect several heroes, dragons and monsters to build up your team, and in true RPG fashion, your new recruits become powerful warriors after gaining experience in battle. And while there are several challenges you won’t be fighting alone as you’ll have the opportunity to team up with other MMO players and defeat your enemies.