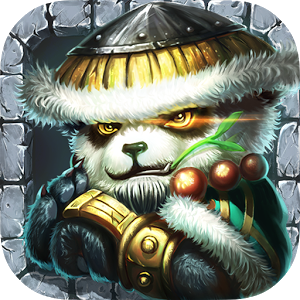 Heroes Charge from developer uCool is a very cool game, and the best way to describe it is that it’s a combination of MOBA (multiplayer online battle arena) and an RPG. While it’s not the first of its kind, this is certainly one of the largest with more than 50 heroes to choose from, and that’s just for starters.

You start with a few characters and after getting familiar with the rules, you are taken into battle in single player missions. To complete each mission you need to make sure that your stamina doesn’t run out, but fortunately it recharges. Apart from the stamina you’ll also see the enemies you’ll face as well as what loot is available.

If you want to know more about your enemies just tap on their images and you can use this information to decide which five heroes to make up your team. After the battle starts your heroes and enemies attack each other automatically. During the battle, their special power meters charge up; ready for use at full power.

The battles are timed, and the more battles you win the more stars you’ll get. At the end of each battle your character gains more experience and you get coins to buy equipment and new weapons. In addition you can also get access to the Crusade, Guild, Trials and Arena after winning a set amount of battles.

Overall, Heroes Charge is a solid, well crafted game that will satisfy fans of the genre.