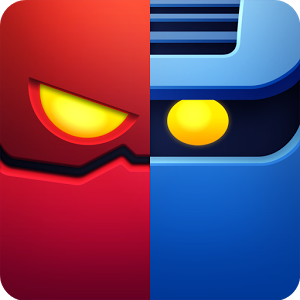 The Bot Squad: Puzzle Battles from Ubisoft is at its heart a tower defense game, but the way it’s set up and played makes it feel very different. If you like TD games but looking for something new, this could be what you were hoping to find. Think of it as a game that keeps everything you like about tower defense while adding sweet new elements to make the play that much more interesting.

The Bot Squad is set in the future where robots rule in cities separated by grids, and the objective is to harness as much energy as possible, and to get this energy the robots fight each other. Design wise, the bots have a cartoony look which should suit kids fine, but there’s plenty here to interest adults too.

Bot Squad has several levels, and gameplay is divided into two types, offense and defense. When you’re on the defensive it’s like the usual TD game as you set up obstacles to keep the enemy from attaining their goal. The nice thing though is you can use different strategies to ensnare your opponent.

If you’re on the offense, strategy is necessary to keep your bots from falling into enemy traps, so it feels like more of an RTS (real time strategy), which breaks up the monotony of tower defense. What this means is on defense you have to calculate your moves carefully while on offense you have to keep moving forward without getting caught. With the way Bot Squad is set up, there’s plenty to keep you busy, and the challenges and abilities will keep you engaged for many an hour.