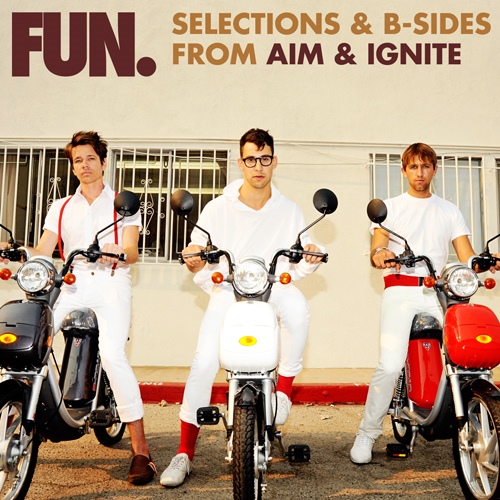 Before there was “Some Nights,” fun. was already existing.

The three-piece band might be known as the relatively-new group who made “We Are Young” popular, but their actual history goes way back. In 2009, Nate Ruess, Andrew Dost, and Jack Antonoff released their full-length debut, “Aim & Ignite,” which came out to good reviews from various critics.

As they start to pursue their own projects (not splitting, though) — Antonoff has his own band, Bleachers, while Ruess chose to go solo with his music — let’s take some time to dig deep into their discography, starting with a four-track EP off-shoot of the said album.

“Selections & B-Sides from Aim & Ignite” collects the singles, the perky and underrated pop-rock gem “All The Pretty Girls” and RAC’s frothy edition of “Walking The Dog.”

As the listening proceeds, it is clear that fun. was already certain on what their sound’s going to be: a “fun” one that’s unapologetically pop on every tune.

Line up your ears, guys!