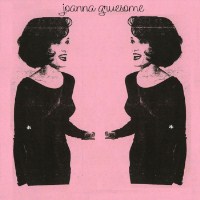 If you’re expecting something loud and chaotic from this group, then you’re in luck. Joanna Gruesome may not be as “gruesome” as their adopted moniker but they certainly know how to be loud, energetic, sweet and unpredictable.

Describing themselves as having a “twee” sound, the group knows how to infuse their oftentimes chaotic ensembles with some beautiful and sweet pop music. This Cardiff crew has a knack for making lofi indie basement rock sound so good.

This EP is a few years old since it was released back in 2003, but it still shines like new and fits perfectly with today’s music.

Listening to Joanna Gruesome is like listening to a mix of bands from the 80s and 90s. Starting the EP with, Sugarcrush, the song reigns supreme with fuzzy guitar work, fast drumming and some seriously catchy hook. Even if you might not like the “dirty” sound, it’s part of the allure and really pulls the song together.

One of my personal picks from the album is Lemonade Grrl. It’s a fast-paced cut that’s beautifully contrasted with the laid back and semi-soft vocal work. On the other hand, Yr Dick, is another single that makes the album a little more perfect. The catchy melodies and beat are enough of a draw; making you want to put on the record whether you’re having a lazy day or a highly hectic one.

The EP is available at a pay what you want option in BandCamp. If you miss the 90s indie basement rock sound, then you’ve found the perfect companion with this record. Grab it now!