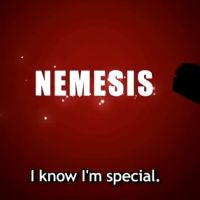 If you are a fan of comic book heroes and if you fantasize of having superpowers, you should watch ŌĆ£Nemesis.ŌĆØ

ŌĆ£NemesisŌĆØ is a short film (about 8 minutes) produced by a group of students for a school project in the University of Bergen in Norway. While it would be easy to excuse the shortcomings of films made by students, I am glad there is no reason to forgive the filmmakers for anything in Nemesis. It has the quality of a professional’s touch right from the concept to post production finishes.

The movie tells the story of Arne, who has always been convinced that he is no ordinary guy and he has superpowers; he just doesnŌĆÖt know yet the things that he could do. What he knows is that once he is put in an extraordinary situation, his superpowers would come to the surface and help him. He figures that his yet-to-be-known superpowers need a wake-up call of some sort. Then he thought he should come face to face with his nemesis because his sleeping superpowers would surely wake up in the presence of an enemy. After all, every superhero has his archenemy. But who is his nemesis, and how will he find him?

This film is an entertaining treat for superhero followers, and for everyone who has imagined a thing or two about themselves. This is a perfect example of an old theme that was made to work in new and youthful ways.

ŌĆ£NemesisŌĆØ won the Student Filmmaker Award in Wimbledon Shorts 2009, the Judge’s Award at the Iron Mule Short Comedy Film Series (May 2, 2009 screening) in New York, and it won the Best Short Film in Friars Club Film Festival, also in New York in 2009.