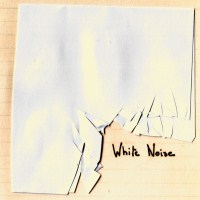 Up To The Ground: White Noise

French folk  indie pop rockers armed with acoustic guitars, snapping fingers and unison chanty vocals. Up To The Ground’s White Noise is filled with 8 relaxing feel-good tracks that reminds you of The Shins in the New Slang intro, and  if they had decidedly less high pitched vocals.

This is quiet, moody, relaxing music at its best. Not too happy, not too melancholic, just the right touch from these simple French rockers.

White Noise is a lot like lying down on your backyard hammock on a warm yet cool afternoon just staring up at the sky. If you love to do this then this album deserves to be playing on your iPod dock right next to your lemonade. Opening cut Away, Again is probably the most upbeat as these guys can get. As I listen to it, I can’t help but think about Neil Young’s A Horse with No Name, because of its jaunty rhythm. Meanwhile, the rest of the tracks are perfect for quiet getaways. For instance, title cut, White Noise features beautiful and melodic guitar accompaniment that flow so nicely with the vocal chants. On the other hand, Morning Song showcases an ever so slight Meditarranean feel.

Up To The Ground is made up of Simon; Florent; and a dude named Lonesome Röbot. Several of the influences that the band cites include Pj Harvey,  Cocorosie, Antonin Artaud, Half Asleep, Daniel Johnston, Tom Waits, Panda bear, Eels, Neil Young, Radiohead, and  Animal Collective.

This work is licensed under a Creative Commons Attribution-NonCommercial-NoDerivs 2.0 France License.