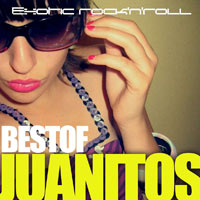 Juanitos first showed up on our blog all the way back in June 2009. And now with more of great albums under its belt (including over 400 concerts and hundreds of thousands of downloads – if not more) I thought it might be a right time for a little re-introduction; especially that after our crazy winter I’m sure we are all in need of some ‘summer night party’ sounds.

Moreover, as the artists are constantly on the lookout for new tones to add to the mix, each release brings something fresh to the table. This time Soul Africa, the most recent album (2010), brings us a wonderful touch of soul/r&b, hip-hop, reggeae/dub, and afrobeat; a more balanced mix of genres with the same intensity and “maximum of groove”.

Juanitos came together nearly 20 years ago!! when four of its original members got together during a so-called punk garage movement. Greatly influenced by the legendary compilation of Crypt Records – Jungle Exotica, the band quickly set off to explore the more exotic face of rock’n’roll. In 1990s this exploration took them to the music scenes all around France. They sailed away for their first and very own tour which included 35 concerts, performed during some of the biggest festivals (Bourges, Trans, Turin Biennale), and played with stars such as Dionysus, Small Sins, and Louis Armstrong.

For a long time now Juanitos have been releasing their newest music under a Creative Commons license; five of their latest albums (Soul Africa, Best of, Best of Vol. 2, I’m Your DJ, Exotica) can be all found on jamendo.com. More recently the group’s album Exotic has been featured on Oddio Overplay, and a song Hola Hola Bossa Nova has been placed among selected few on BlocSonic’s NetBloc Vol.24 compilation.