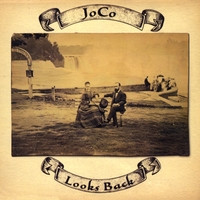 At the end of 2008 Jonathan Coulton teamed up with Creative Commons in support of their fund raising drive and created a 1Gb jump drive filled with his greatest hits. If that wouldn’t be enough, he has also included unmixed audio files of all the songs so CC supporters could easily remix his compositions. All song files were 320kbps MP3s and all unmixed audio tracks were 256 VBR MP3s. Now the whole compilation is available for a free download on legaltorrents.com.

An independent musician with the heart of a geek, Jonathan Coulton is a Yale graduate who left his day-job as a computer programmer to stay home and write songs. Between 2005 and 2006 he wrote, recorded, and published a new song every week as a free podcast project called “Thing a Week.” This year-long experiment produced 52 consistently well-written and solidly produced songs, and he soon became an internet sensation. Jonathan’s songs cover unusual topics not often heard in music and tend to make even the most jaded listeners excited about music again.

A number of Jonathan’s songs have become full-fledged internet hits: his folk-rock cover of Sir Mix-a-Lot’s “Baby Got Back” the unrequited love of a mad scientist in “Skullcrusher Mountain,” and “Code Monkey,” the anthem of software designers everywhere. The office zombie song “Re: Your Brains” made the Dr. Demento Funny 25 countdown for 2006.

Coulton licenses all his music under Creative Commons license, which allows everybody to freely & legaly share, copy & remix (non-commercially) his compositions. His long and widely known support of CC and great, witty & well composed music earned him a load of countrywide followers who constantly include his songs in podcasts, videos, games and invite him to perform in their hometowns.

Follow the links below to find out more about Jonathan Coulton, his music & concert dates. If you like his music, make sure to support him by either purchasing his music or some robots, monkeys and bananas.