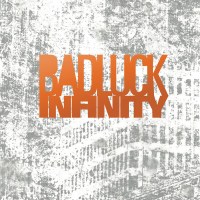 Another release from the longstanding netlabel, blocSonic, is this cool hip-hop compilation from BADLUCK. Hailing from Bed Stuy, this is the first solo record from the artist. He originally makes up one half of the crew, Luck & Ripps, which also released their debut album The Catastrophic Connection, on the netlabel back in 2009.

This time around BADLUCK is on his own; giving listeners a sneak peek of his upcoming solo album. Infinity is a record that showcases the artists capacity to mix old school hip-hop with modern beats; creating a seamless, catchy bunch of tracks that’s easy on the ears.

The album includes 8 tracks, with about 4 original singles. The rest is comprised of remixes of one song done alongside with different artists. Opening with the title-track, Infinity; the single is also a part of the artist’s upcoming album. The song has a nice old-school hip hop vibe to it, making it a fairly likable song from the onset. Badluck’s skills are pretty solid and the song includes a catchy beat giving it that perfect laid back club vibe.

Meanwhile, Vanity featuring Sleep Hollows sees the rapper taking things a bit slow. Mixing R&B style melodies along with gorgeous backing vocals, the song is a smooth cut that sees several incarnations throughout the compilation. The other versions include a Raw Dog remix, an instrumental as well as an acapella version.

The album is a nice little introduction to Badluck’s sound and skills. Although there’s nothing inherently groundbreaking here, it’s a fairly good album worth playing and downloading.