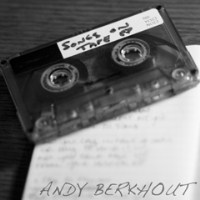 St. Louis songwriter, Andy Berkhout, might be best known as the dude who promised to release one free downloadable track for every week of 2010. This might have seemed like a completely ambitious project but so far, the singer has managed to keep his word. On top of this weekly song project, the artist has also delivered several full length records and EPs under his name. This includes this free indie folk chillout affair, Songs on Tape (2009), among others. His other records, particularly Be Silent (2010) and Wake Up For the Day (2009) are also available as a ‘name your price’ download.

Berkhout is an independent singer/songwriter whose music echoes that of Sufjan Stevens and Iron and Wine. Take a listen to this quiet and relaxing indie folk compilation. Although Songs on Tape (2009) only features 3 songs, these are tracks that are beautiful and quite endearing. If you want more, you can also download Berkhout’s other compilation In The Light (2008) as well as any or all his songs from the “Song Per Week” Project.

This short EP features three indie lo-fi cuts. Songs on tape opens with the quiet, Feel You Now. It’s a simple but very heartfelt acoustic track that just screams of Iron and Wine influence. Berkhout’s voice is the kind that echoes sentimentality while making you feel as if you’ve been listening to it forever. It’s this familiarity that makes the artists’ songs seem so natural.

It’s followed by the somber, Just To Say. The diffused vocals again, play a role in making the song easily likable. Meanwhile, Your Bed, is an indie folk rock cut that’s hard not to like. Although the lo-fi quality might put off certain people, the tracks are complete gems if you listen closely.

For more polished free tracks from Berkhout, you can go to his website and purchase his albums or, as mentioned, download some of his tracks and demos on his Song Per Week Project. This is an indie folk rock artist that’s definitely hard to pass up.