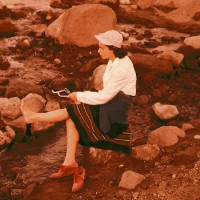 Formed in 2010, Pet Milk is a Pennsylvania band that’s fairly new in the scene but it seems they already found a good niche.

Philadephia Punklife is far from a punk EP you would expect; instead it’s filled with sweet pop rock that’s fitted for some feel-good movie. It contains only four tracks but it does the trick if you’re trying to decide whether this band will make it to your personal playlist.

This is the second release for the crew. Their first record was a Demo back in 2010 and their most recent release is a live single titled, Don’t Get Out.

Subtle and sweet, this indie shoegaze pop album seems tailor made for fun summer days. Philadephia Punklife starts with the uptempo Phantom Lovers. Even though you can hardly make out the vocals, the beat is catchy and easily gives off a pleasant mood.

Meanwhile, I Don’t Love Anyone is a mild Bikini Kill-inspired cut. The sugary vocals and fun beat makes the song an easy favorite. You’ll find yourself bobbing your head easily. Christian Solicitors employ a more new wave touch but still carries that same undefined vocals which seem to sink deep into the instruments.

Finally, the EP is finished off with Husker Dudes. It’s one of the most catchy cuts on the EP. Involving a more punk rock mix compared to the others, the male vocals make an appearance and the guitar riffs in the back ground solidify the track.

These songs seem made for teens and the perennial fun times as well as romance that seem to be so magical at this age. It’s a nice little getaway compilation if you like saccharine shoegaze pop rock. Take a listen and grab the free download.