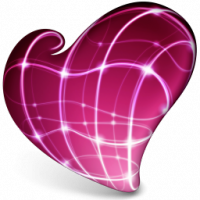 If scribbling on pictures was your childhood obsession, then you have the chance to live it all-over again with Skitch. Yes, this app allows users to scribble on any past, current and every picture you can lay your hands on. It not only allows to scribble but also annotate, edit, and save right on the device.

The buck does not stop there, users can also sketch something entirely new, makeup an existing photo, and save it to Evernote or share with various applications and sites.

Skitch is the next-level of image manipulation for casual users looking for some really non-boring editing with a fun twist to the scene. The app is really fun to play around with, especially when it comes to the wide range of choices in colors, sketches, diagrams and the works.

Skitch is not all fun and no work thou. After being acquired by Evernote, the app also became very well integrated with the Evernote services. There is an option to take a snapshot of the people present at the conference, annotate the pictures with respective names and save it to Evernote. Further, users can also download pictures attached with an email, open with Skitch, add comments, and save it to Evernote for later review. All this is possible due to the high seamless integration.

There are other useful editing tools with the Skitch app; such as crop images, zoom-in & zoom-out, markup-text with specialized highlighting tools, quick sketching of maps and rough drawings, and creating of smooth lines for the explanation of an idea.

This is one of those few apps that really heightens the entire fun-factor. Moreover, Skitch can easily integrate and share images in just one-touch on sites such as Facebook and Twitter, so social-networking does not take a back-seat.

The apps is currently available on Mac and Android. Good news for iOS users thou, Skitch will be making way to the home-screen of your device very soon. So keep checking.