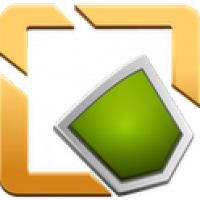 Together with the iOS, Android is one of the best and the most powerful smartphone ecosystems out there and a highly capable optimizer would surely be a great addition. Here enters Android Booster. This is a do-it-all app with all the nitty-gritty under-the-hood for maximum functionality on any Droid device.

Created by NQ Mobile (NetQin Mobile Inc.), this developer has quite a big list of productivity apps under their belt, so they definitely know what they are offering with our today’s little treat.

Developers of the app are trying to maximize the entire Android output by increasing the overall speed, monitoring data usage and background apps, and saving crucial battery life. The app does provide quite a jump in Android’s performance within seconds of installing the app. The most effective part of the app would be its user-interface; slick and simple to say the least.

On the features front, this app is loaded to the gills with even the most power-hungry advanced user will get confused fiddling with. Memory Booster helps a great deal by increasing the free memory and the overall Android OS speed. Task Killer is nothing very unusual as the higher-end Android beasts integrate it with a more fluid approach.

Something that comes as a sure breezer is the Battery Power Monitor that keeps a track of apps using up the maximum battery space, while giving tips on reducing power consumption considerably. Traffic Monitor will do a world of good to heavy travelers as this keep a real-time check on Wi-Fi/mobile data network send/receive info. This in turn greatly avoids over usage charges.

Overall, the app is very fluid with minute details being integrated without any issues. The higher-end Android Super-phones will not need much of this as all this comes pre-loaded within the device system services. Though, the more advanced users, who would want to feel more in control will just love the functionality this app has to offer.