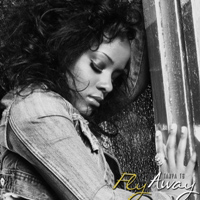 Tanya T6 brings her music to a higher level in her latest EP’s official single Fly Away. Boasting an imperial command of R&B, the Mt. Vernon-raised singer/performer offers sweet, sensual, and strong music.

At an early age, Tanya “T6” Dormevil have always known that she’ll be famous. Her first introduction to the entertainment world was as a model in national fashion shows. She began performing at fashion shows that lead her on the stage of well-known venues throughout CT and NY.

Her biggest break was being part of the Vacant Lot Musik/Loftmusik under multi-platinum producer Dame Grease. To date, Tanya has been considered a musical sensation with her popular pieces such as Move Over Paris Hilton, There Is A New It Girl In Town and Swag Boy.

Other tracks in Pieces EP include Silhouette where the singer steps up her game using heart-stopping beats and a club feel. Songs like I Got Money, Good Girl and All Ova Meh flow with confidence and ferocious dance beats with not a tone put out of pitch.

Closing track, You Can Hurt Me, seals the album with a variety of flavor—from ambient, soul and R&B. Subtle dashes of tribal-like beats blended with the controlled vocal delivery makes this song stand out.

All in all, Tanya T6 has proven that she can definitely sing and dance up a storm. Fly Away is a great banner track for Pieces EP which visits areas of upbeat and mellow grooves.