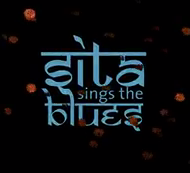 Ready for a cool movie fix? Then Sam Lemberg‘s new short film Chameleon will surely treat you with a unique sci-fi experience.

Spanning for only five minutes, the film is based on Chameleon, a short story by the late science fiction author Colin Harvey. In a time where a hostile race of aliens have inavded Earth and the government fears that the alines are modfying their DNA to pose as humans, an abducted military officer mysteriouly resurfaces. His wife was brought to verify his identity, only to reveal a twisted turn of events.

Intently created to intensify emotions, the film delivers its best moments in the dramatic scenes were everything is hightened. The tense line of questioning creates urgency and mystery to the narrative.

The brilliant acting of the leads made gave much backcbone to the short. Lucy Rayner‘s acting as the wife perfectly encapsulates a distraught woman who, in just one mistake, can condemn the man he love to death. James Burns (husband), on the other hand, delivers this mysterious character that you’ll try to peel layer by layer.

All in all, Chameleon is a solid masterpiece that gives justice to Harvey’s well-loved story. It is entertaining and at the same time moving. So press play, sit back, and devour on this visual gem.