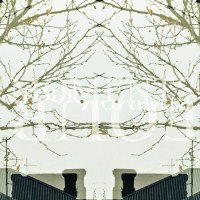 After years of absence, Eric Delay is back with an intriguing new EP that shows him in his best shape. Four Moments is the result of rediscovering his own music and style. The artist supposedly had to “deny all the familiar sounds of the standard moves, starting with a blank face, not knowing what to get” while he was creating the tracks.

The compilation is composed of minimal sounds that resonate in an ambient electronic groove. From beginning to end, you get a beautiful airy atmosphere filled with subtle instruments and sample.

Eric came out with his last record, “Kindheitstraum” way back in 2006. Despite the long absence, he wasn’t sitting idly. Out of that break, he produced and created these mesmerizing cuts for Four Moments. Each one represents a piece of the puzzle, which when put together completes the image the artist is trying to paint. In fact, it’s hard not to move through from one song to another without feeling a sense of connection and coherence in between.

Opening with Moment One, the track lasts for only a minute but it’s enough to set a chilly, winter morning mood. Moment Two, meanwhile, infuses a more upbeat mood while on the background you’ll hear children and people having a good time. Both Moment Three and Four continue to resound in this quiet, chill-out mood. The laughing children and people in the sample coupled with the steady synth and consistent bass is relaxing at best.

Overall, the album is wonderful to have playing on the background. Whether you’re working or doing something else, this is a record worthy of your company. Take a listen and grab the download.