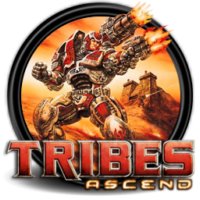 Tribes Ascend is one of the most popular free to play multiplayers. Published by Hi-Rez Studios, it has earned a reputation for being one of the most difficult and fastest first person shooters today.

The graphics are superb, and the sound really makes you feel like you’re in a battlefield. The movement system allows good players to rise above the others. This prevents the game from degenerating into a chaotic free-for-all.

Tribes Ascend has the expected capture the flag (CTF) and deathmatch modes. But you can also take part in 5-versus-5 arena battles. Whatever you choose, the landscapes will draw you in, with its cliffs, hills, and crumbling ruins. Players can go around a level, or you may have to remain at a spot to protect something.

But what makes Tribes Ascend shine is it permits players to use a jetpack uphill or “ski” downhill. For maximum effect, you need to strike a hill at a precise spot. This will provide a great speed rush. You can use these boosts during capture the flag or to dive into the heart of the enemy.

This sounds fun and it is. But you need to practice to be able to shoot targets. Standard FPS shooters will have you firing using crosshairs. In Tribes you have to anticipate your opponent’s movement. This is necessary because your projectiles, although powerful, are slow. You have to shoot ahead of time to where your enemy will go.

When speeding up, you need to strike a balance between becoming a difficult target and gaining speed. All of these elements make Tribes Ascend several levels better than the average FPS.