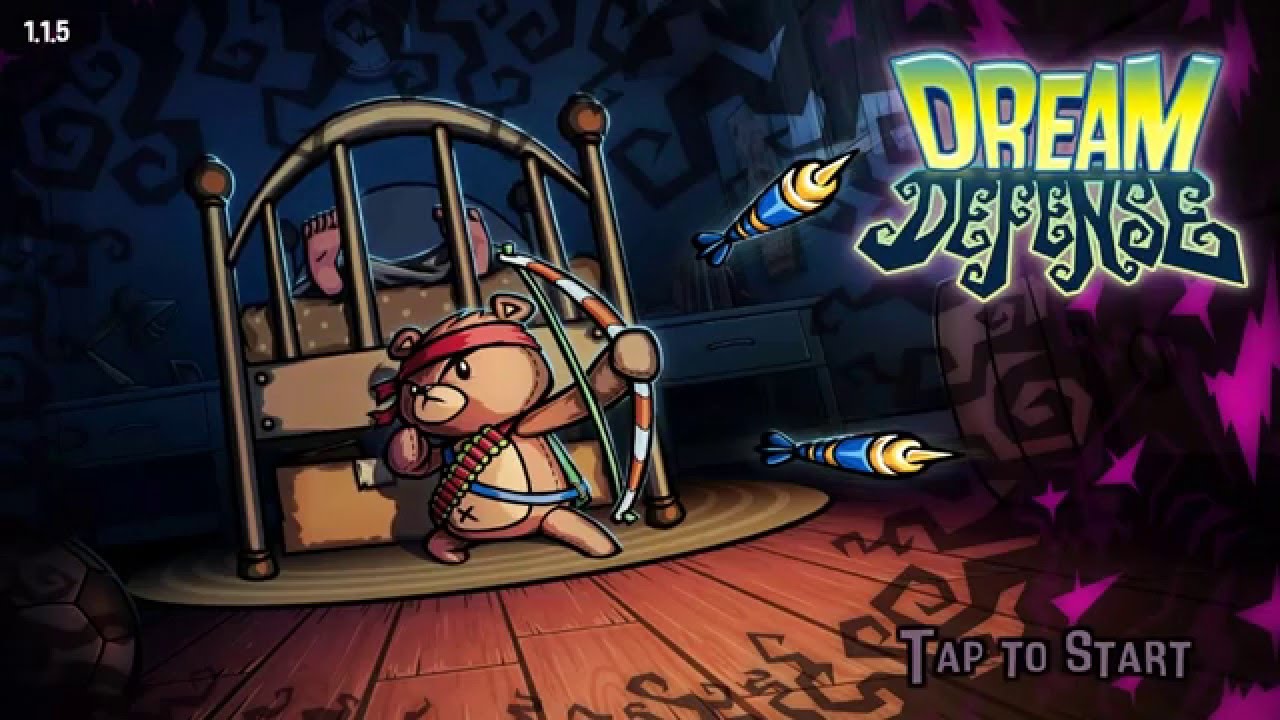 Nothing beats a good night’s sleep, but Robin’s nightmares are keeping her awake at night. That’s where her teddy bear comes in, because in Dream Defense from Altitude Games, Robin’s teddy bear is locked and loaded to blast her nightmares away, and it’s a game anyone can get into.

Dream Defense gameplay is as easy as it gets, as there are instructions all around explaining what you have to do. Tap anywhere on the screen to start a new game and you’ll see how clear the instructions are. Your teddy bear is armed and ready, so tap the incoming monster and he’ll shoot it. Keep tapping the monsters and he’ll keep shooting, pausing only to reload.

Some of the monsters you shoot down turn into coins, and the more coins you earn the more upgrade options become possible. After completing a level, the screen displays how many coins and bonuses you’ve earned.

The succeeding levels feature more monsters as well as extra bonuses and power ups. At some point you’re going to see sheep, and when they appear, tap it to destroy more monsters around you. You’ll also come across power ups and other items which you can drag and drop over the monsters.

At the end of the higher levels you’re going to have to face some big bosses, but you won’t be powerless as there are lots of weapons available for you. Aside from the simple gameplay, Dream Defense is notable for the variety of monsters ranging from ghouls to clowns. Have fun!