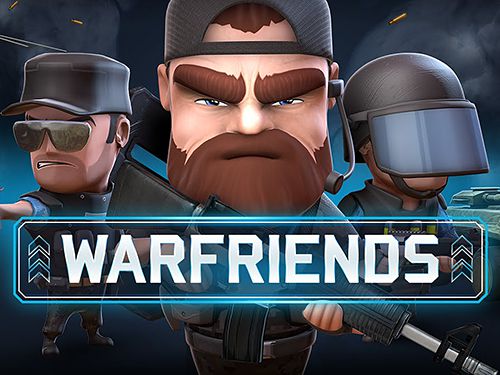 Warfriends is basically a third person shooter, but game developer Chillingo has added elements of card management, tower defense and shooting as well. You also get PvP battles and as you play; you’ll be able to level up all the equipment you have. In short, the game is familiar but brings in something new at the same time.

Your character moves around in a third person perspective, and you swipe left and right to get cover. Tap a target to fire, while a long press lets you blast more ammo. There are also powerful explosives that you can use against the enemy.

There are units who support you, each one having their own role and act independently. The more enemies you kill, the more energy you can use for your units. You can send the units out following a particular order or let them be automatically deployed. As you’re upgraded, you should upgrade these units too for better support.

In PvP the goal is to eliminate the hero of the opposing team within the time limit. In horde mode, you don’t have access to your units, as the goal is to take out your encroached opponents. As you can tell, there’s a lot happening here, and but it’s easy to get the hang of the game. The controls are easy

to learn and the different activities will keep you occupied for a while. Since Warfriends combines elements from different games, it’s not easy to categorize it, but that doesn’t matter as it’s a lot of fun.