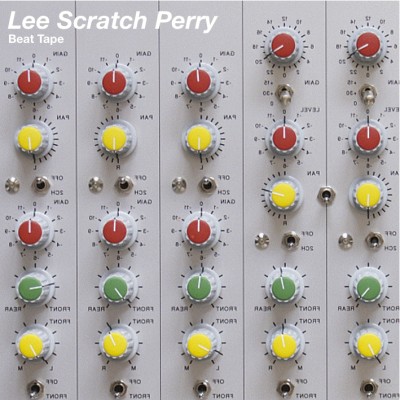 Lee Perry has become a stalwart in Jamaican music. Whether people recognize him or not, there’s no denying that much of his work and contributions to the Jamaican musical culture are quite relevant.

Perry is both a producer and a musician with much of his work becoming a big influence in ushering reggae and dub in both the local and international scene. Throughout his career, he has released quite a lot of songs as well as albums. His use of a four track recorder in contrast to the advanced equipment his contemporary producers in that time became well accepted. His clever use of samples were accompanied with a characteristic “chugging beat” which eventually became a mainstay in reggae music.

Lee Scratch Perry Beat Tape is a tribute compilation to the man created by Brisbane based outfit Dub Temple Records.

Lee Perry has had a prolific run with this career. Out of more than 50 plus records, he’s had a few hits and misses but one thing’s for sure; his signature expertise shows through each and every single track.

This beat tape attempts to capture a little semblance of the artist. You’ll hear a lot of samples and that characteristic dub sound. The album takes and presents plenty of reggae influences but even non reggae lovers will probably enjoy the tracks for its beats and rhythm.

A few cuts worth noting include 8man’s Ooh Yeah, Samedi Soundsystem’s Kacha Matcha as well as Syntax, Disco Devil. Although to be honest, this is the kind of thing you simply leave playing and you’ll have no trouble enjoying each track.

Dub Temple Records is based in Australia. They’re an independent label that got started back in 2010 with Science Project’s Grimes and 8man on the helm. They release heaps of mixtapes all available for free download over at their website or Bandcamp. Do check them out and download. Enjoy!