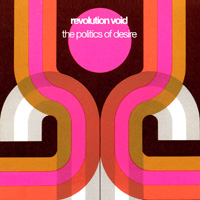 With a consistently high ranking on Jamendo, Revolution Void’s latest album, The Politics of Desire, has set the standards of electric jazz music quite high. Revolution Void is a music project by Jonah Dempcy, who started it way back in 1995. With the quotation ‘We are the facilitators of our own creation‘ boldly stated in his website, Dempcy released his albums under Creative Commons licensing. As the third album released under the Revolution Void Records net label, The Politics of Desire has a polished selection of electro jazz instrumental songs.

It was described as a fresh take to electronic music and had a blend of different sounds. Some would go as far as say that the music introduced by Revolution Void is mysterious.

What makes The Politics of Desire a hit among listeners is the different way the songs are wired. If you would like to take a break from listening to pop or rock songs and just like to listen to songs that are stimulating, listening to this album will certainly help. Songs like Timeflux and Someone Else’s Memories definitely got my attention and I was intrigued for most parts of the song.

Listening to the Revolution Void for the first time may evoke a certain sense of confusion, even dislike. But after giving it a few more tries, I found myself genuinely liking the authenticity of the electronic jazz music presented by no less than Jonah Dempcy.

Revolution Void is the music project of producer and jazz pianist Jonah Dempcy.