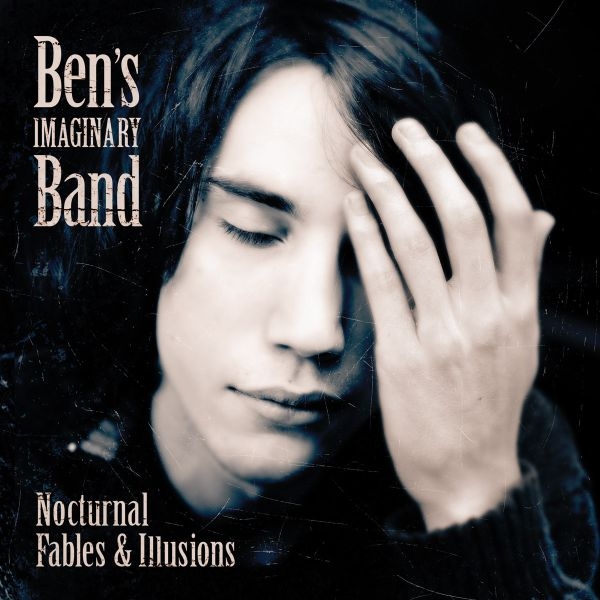 There are times when you want to be somewhere in your own imaginary world, with your own imaginations, away from the harsh, real world; and Ben’s Imaginary Band would give that perfect ‘imaginary ambiance’ that you want.
Nocturnal Fables and Illusions gives you soft songs which are almost like lullabies to your ears, and voices which sound like whispers. With 12 tracks of soft voices and seemingly hypnotizing melodies and rhythms, Nocturnal Fables and Illusions will surely transport you to your own pleasant realm.

Ben’s Imaginary Band is actually just one person, Benjamin Romvari – the rest of the band is ‘imaginary’. He’s born in Budapest, Hungary but is now based in Victoria, BC, Canada. He learned the violin when he was 6, learned the acoustic guitar by the age of 15, and wrote his first song using only a computer’s microphone. His songs eventually evolved, and he took his best ones to put in this debut album, Nocturnal Fables and Illusions.

Nocturnal Fables and Illusions certainly gives you that feeling of illusion once you listen to it. One of my favorites is Underwater Waltz, which sounds like you are being taken to a seaside while Benjamin serenades you with his soft voice. A Reason Why, on the other hand, features a sweet female’s voice singing along with him. His songs are a mix of indie pop and experimental music, which results into original compositions that has that imaginary feel to it.

Although his songs are available under a Creative Commons License, he sells the actual CD to fund for new recording equipment and his living expenses.

If you’re looking for another genre to put in your pod, then Ben might be able to help you. It is hard to describe how he sounds since ha has a distinct, imaginary-ish ambiance with his songs, but it’s sure that you’d love to be lulled to sleep with this kind of music.

This work is licensed under a Creative Commons Attribution 3.0 Unported License and is available as a free album download from Jamendo.com.