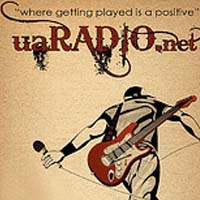 Too much in love with music? Seeking for something that’ll make your players and iPods sound unique, but cool? Looking for an album or compilation that will suit every music genre of your taste? Unsigned Artist Radio Network, under the license of Creative Commons, gives listeners this “Multi Genre Compilation Volume 6.” This album is comprised of songs written and composed by artists promoted by UARadio.net. This internet radio is very gracious enough to put together 13 songs plus a bonus track that will surely make listeners thirst not only for the artists featured, but also for their other gifted talents.

Name it, this compilation has it; 14 amazing songs and various genres by 14 uniquely influenced artists. This shouldn’t be missed by music junkies.

Country Blues. Everybody Feels Da Blues by Tennessee Larue. This is a great listen for people who love guitar-driven and easy ear-shot songs. Who says Southerners are the only ones who can appreciate such song?
Power Pop. Beautiful Morning by Fake Elegance. This Ukrainian band termed their music as “Fake Pop.” Now, naming a new genre isn’t bad. “Beautiful Morning” is not only Pop-ish, it also exemplifies the band’s distinct sound, tasteful synth and riffs, and strong female vocals.
Psychedelic Soul. On The Rise by High Tone Shelter. This song is a fusion of Soul and Rock with a pinch of funky Atlanta melody.
Pop. Too Good To Be True by Livia. Opening with a strong tune of a mandolin’s strings, Livia delivered the lyrics with such grace that exemplified the power of the female species – perfect for the straight forward meaning of the song. This song is indeed a heck of a rollercoaster ride.
Reggae. Get You Some Culture by Madi Simmons. A strongly accented song, “Get You Some Culture” is very rhythmic. The song has the best bass demonstrations among other Reggae songs ever written.
Pop R&B. Figure It Out by Mistee Miles. A song that will definitely click for teens – not only because its Pop, but also due to its lyrics. Groovy and edgy two words that best describes this track.
Rap Hip Hop R&B. Waiting For You by Spy Nation. Not too fast, but just enough. This song will make Rap lovers remember the day Gangstas Paradise’ popularity – I bet their going to love this one too.
Alternative Rock. Everytime I Go by Zack Borer. This song is very dynamic packed with simple, but meaningful lyrics.
Punk Rock. From The Lost and Found by Rachel T. Mitchell. Hard-edge and very strong (female) vocals. Listeners will definitely see a future Punk Rock Chic in this one.
Country Rock. If I Were Wrong by Michael Joseph. This song is many things. It can be sappy, an expression of passion, and rarity. Listeners should never wonder, if this makes it to the top.
Indie Rock. Something On The Inside by Boddie. Garage rock or songs that can be heard from someone’s hidden space… but a good one, of course. This song may sound typical for the said genre, but it “Something On The Inside” is has something more with its lyrics. Great guitar playing, it will surely be played repeatedly in listeners’ players.
Rock. Sin by Eliot. Despite its low range vocals, “Sin” has a very catchy opening because of its unique and expressive guitar riff.
Rock. Too Far Gone by Hiran Ilangantileke. Not your ordinary rock song… why? It’s because of the its very playful bass. The lyrics may catch the listeners, but I bet they’d be more hooked with the guitar and bass combo.
Hard Rock. Traenen by GAS. Hard Rock, you say? Then this track is for you! “Traenen” is such an extraordinary song. It’s the only song in the compilation that was sung in another language. Yes, “Traenen” was sung in German. Despite having foreign lyrics, this song will definitely be loved by rockers all over the world.

“Multi Genre Compilation Volume 6” surely suites every music lover’s taste. A great piece of work, this is definitely not your ordinary album.

This work is licensed under a Creative Commons Attribution-Noncommercial 3.0 Unported License and is available as a free album download from LegalTorrents.com