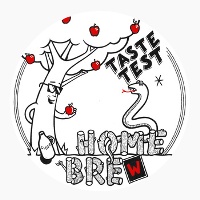 Home Brew Crew has earned a status as one of New Zealand’s best hip-hop acts, showcasing the funky experience with a garden-fresh tactic and comical fore.

Taste Test EP, released on June 2009, is just one of the five astounding albums that the band have released since 2007. Among their accolades is their self-entitled album, which won Best Urban/Hip-Hop Album at the New Zealand Music Awards.

Press play and prepare for a ride full of jazz-infused homemade hip-hop.

Friday is just the perfect song to end your long tiring week. Listen to this song and succumb to the vibrant and pulsating beats that will make you all hyped up for the weekend.

Featuring the same saucy vibe as the previous tracks, Same Shit Different Day captures the clever side of the group. The group managed to put together their lyrical creativity, groovy rhythms, and smooth vocals in one song, a subtle way to conclude that this EP deserves repeated plays.

Swag delivered in style and sass, Home Brew Crew will totally quench your thirst for flawless hip-hop music. With all these mentioned, hip-hop enthusiasts might want to keep this EP rolling.