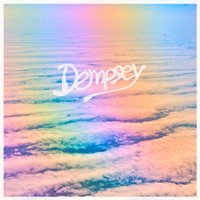 Hop on the time machine with Dempsey‘s new self-titled EP. The California-raised duo of Niels Pederson and Adam Abilgaard offers Dempsey, a collection of six dreampop tracks released last September 15. This set will surely give you that 80’s electro pastiche vibe.

Bass riffs and heavy beats drop in Late Night taking you back to the glam, glittery disco fever. The album makes an emotional turn in Flashback. Prepare for a nostalgic high with its breathy vocals and strong linesť.

Sex on the Beach gives a youthful perspective on love. I personally liked this song due to its catchy tune and pop melody. The clever addition of wave sounds transports the listener on the beach, chilling during a summer fling.

An infectious finale awaits with Never Knew. The heavenly keys and heart-felt lyrics make this the most crafted track on the album. Press play and listen to its utter complexity, arranged with layers over layers of electro tunes.

Dempsey proved that they are more than meets the eye. It’s a tough act to revive such a glamorous music genre, but the band pulled it off offering a fresh take of the 80’s dreampop. For such young and promising artists, they have showed mature craftsmanship. I could imagine bigger hits in the near future.

Most of the vocal and guitar tracks were recorded by Garrett Bevins of Boomtheoryproductions.com while the eclectic cover art is by Albigaard himself. It’s available as a pay-what-you-want/free download.