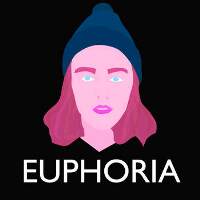 Allday enjoys his moment in the sun with his seven-track release titled Euphoria. The 22-year-old rapper based in Melbourne, Australia is an emerging name in the indie rap scene known for his witty yet eloquently structured masterpieces.

The beat drops in Steezed Out. Finger-snapping rhythm and electro tunes slowly escalate to Allday’s intro line. Expect some crisp explicit rapping, which is perfectly mixed with steady harmonies that surely elicit some head nodding.

In You Don’t Know, Allday identifies himself as a wordy lyricist that utilizes his personal issues as the blood and veins of his creations. The rapper translates his ennui and resentment to a primitive experience for the listeners.

Like I Does, one of the album’s standout track, embodies a certain kind of catchiness that’s highly addictive. From the second that you press play, the song creates a unique sonic entity with foot-tapping pulses and clear rapping.

Clocking in at six is Nearly Famous, which showcases chill tempo mixed with spacey, ambient tunes. While bonus track Florida Club successfully ends the album with a polished, well-constructed arrangement. Press play and let the soulful, r&b cadences blends with strong rapping and hints of piano and drum.

Devoid of hijinks and embellishment, Euphoria is that kind of album that does not loose steam even after repeats. Allday is a promising young artist that knows his own skin and is not afraid to show it. His music are real, unpretentious creations that certainly knows how to move the listeners.