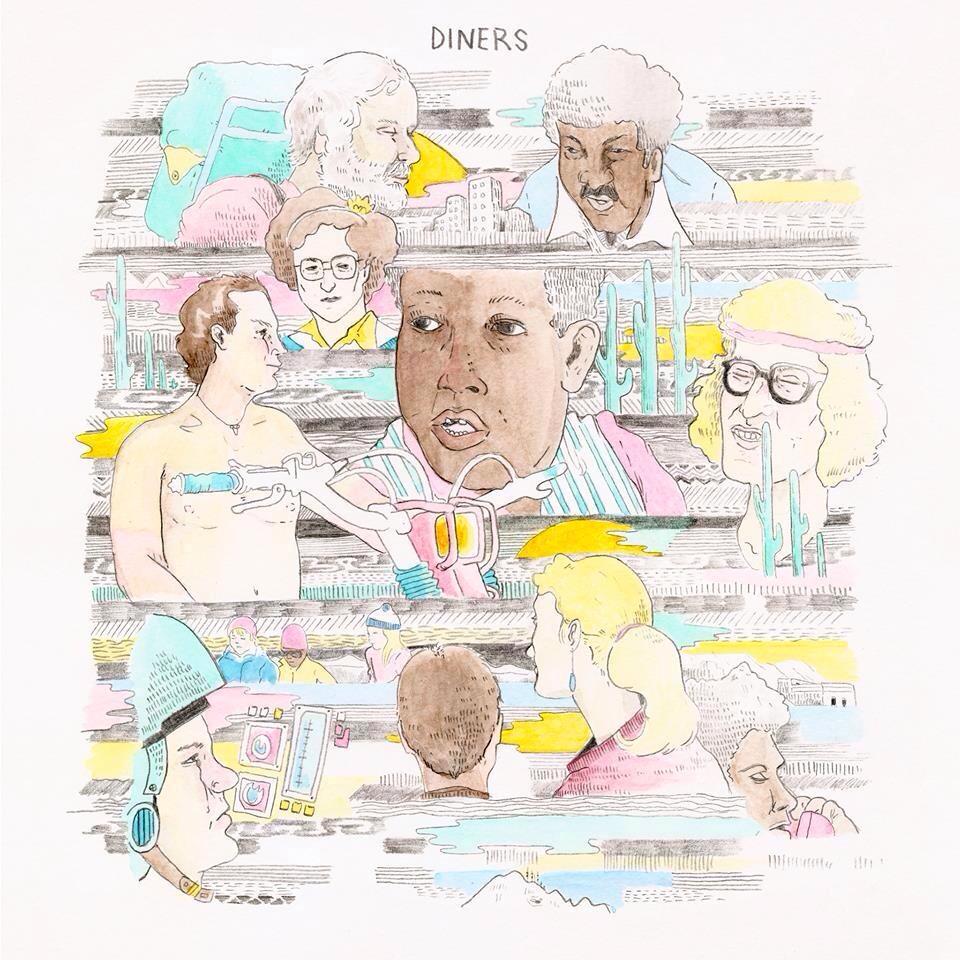 Dreamy surf rock has been gathering a lot of following with a stream of outstanding bands breaking out of their garages and into our consciousness. Enter Diners, a band from Phoenix, Arizona that will surely make you clap your hands and grab your surfboard.

Always Room is the band’s sophomore effort filled with hazy guitars and dreamy vocals. It opens with the track Wide Range, a song that emits that true-blue surf/skate vibes. Jangly guitars, steady drumming and carefree lyrics make it a song easily makes friend with the ears. Clocking in at only 1:36, it lives to the mantra of keeping it short and sweet.

Citrus feels like a refreshing twist of lime. It leans towards the more pop side of the band but still doesn’t lose the lo-fi, carefree sound. The song is arranged simply, without fuss and complications, which makes it a song worth listening repeatedly.

So Free has a more dance-y vibe to it with its playful guitar arrangement. It opens on a cheerful note and slows down to a reggae sound halfway through the song. It sounds polished and showcases the band’s ability to inject an element of surprise.

For those who have heard Diners and their debut album, you would be happy to know that the band managed to keep their personality intact while still sounding fresh and new. Be ready to like them twice as much as you did with this excellent album.