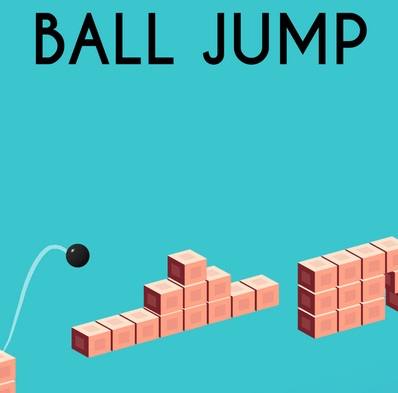 Ketchapp is known for their retro arcade style titles and Ball Jump is once again proof of that. It’s an easy/entertaining game to pick up, and offers the same “just one more” feeling you get from classic video games. If you’re a casual gamer and plays in spurts, check this out.

You only need a finger to play Ball Jump because the gameplay is as simple as it gets. You’re controlling a ball that is constantly rolling along bricks. To make the ball jump, just tap it. That’s all there is concerning the controls.
However, the path your ball travels is what really makes the game. As the ball rolls the path gets deformed, plus the blocks are constantly moving so there are always new obstacles and gaps in your way. Despite the simplistic gameplay the pace is fast and your finger needs to be quick when swooping the gaps, but you can also tap and hold to increase your jump for those long gaps.

The key to Ball Jump is timing, and knowing when to roll and jump will determine how far you get in the game. Get the timing right and you’re going to go far, but get it wrong and you’ll end up falling. As you might expect the speed which the blocks move increases in the latter stages so you need to react faster.

Ball Jump is a simple fun game and can be picked up by anyone. While it’s not the most original concept, there’s something about that will keep you playing.