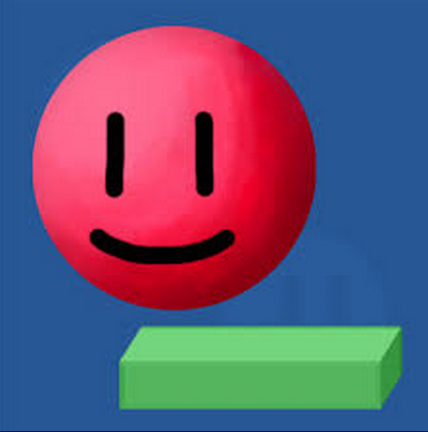 The best games don’t have to be complex or have eye popping visuals, because more than anything else, it’s the gameplay that matters. Papi Jump from Sunflat Games is a good example of that, because it’s the very simplicity that makes it addictive: While it’s basically a jumping platform game with a rubber ball, it’s a lot of fun.

The game is based on a simple premise: bounce Papi the red ball for as long and as high as you can, and get the highest score possible. If you’ve played endless runners before, well this is the jumping / platform equivalent of that, and it’s just as engrossing.

In Papi Jump you control Mr. Papi as he bounces on platforms that keep going higher and higher. To make Papi jump you just tilt your Android or iOS device left or right, and the higher Papi is able to jump the more points you score. If Papi falls off the platform, it’s game over.

The early stages of the game are easy because there are plenty of platforms Papi can jump on, but after a couple of minutes, you’ll notice that the platforms become scarcer, and that’s where you will need to tilt your device properly to get Papi on whatever platform is available.

The left and right edges of the screen are connected, and this can be very useful later on because it allows you to send Papi to one side of the screen and have him appear on the other edge. However this can be a double edged sword because as you go higher the platforms that go down the screen vanish so you can’t use those anymore. Even so, this is a fun and addictive game.