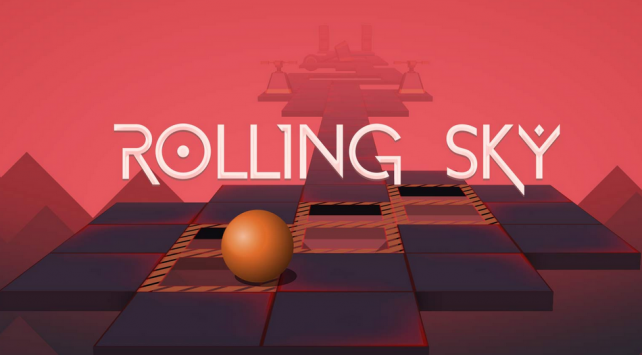 Rolling Sky from Turbo Chilli is another perfect example of those casual games that are easy to pick up but owing to their addictive nature, difficult to put down. If you’re in the mood for some casual games to play this one is something you should check out as you just need to control the ball as it rolls, but it’s not that easy.

In Rolling Sky you just need to control the ball as it goes through various obstacles, platforms, rolling and jumping through the air as well. To steer your ball you just slide your finger right or left depending where you want the ball to go. While figuring out the controls is easy, you need to make sure ball doesn’t run into obstacles that could deter its progress.

As you play Rolling Sky you also need to gather stones and gems and try to make it as far as you can. There are five worlds in the game and you will be able to access the next one by going through the portal at the end of each world.

The early levels are quite easy and should give you an idea of how the game is played, but the other levels’ obstacles are more difficult and require hand eye coordination. However that doesn’t take away from the game’s fun factor.

Since the ball moves fast and you cannot tell what lies ahead, you need to keep your fingers on the screen and keep an eye for what’s just around the corner. In spite of this Rolling Sky is still enjoyable.