Chase the Vagabond: Shading in Blues 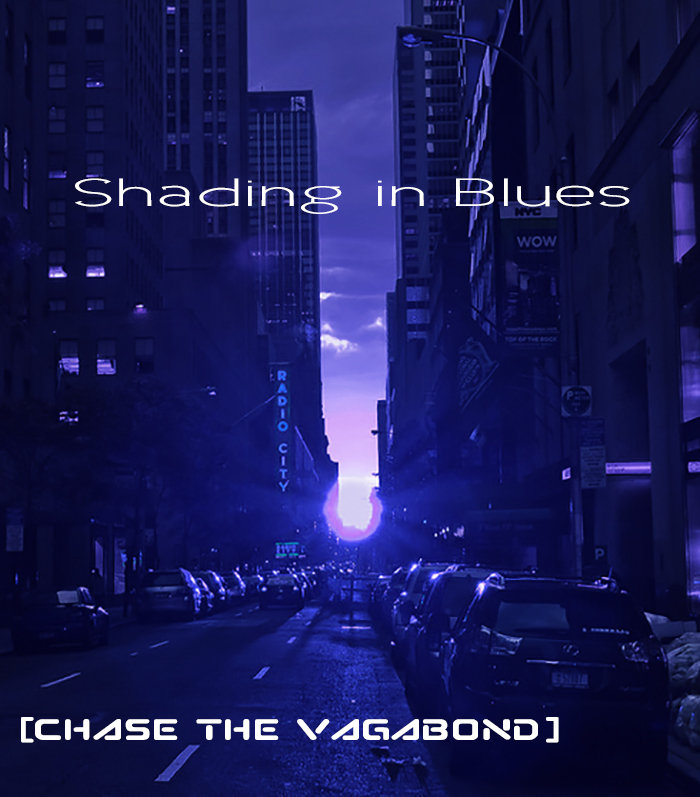 “There is only one color I choose to reveal to the world, and that is blue.” That is what Kristoff Smith, otherwise known as Chase the Vagabond says about his LP series, Shading In Blues. From the town of East Hartford in Connecticut, Kristoff whips up a ton of soulful, Hip-Hop bumps for the world. And there are a lot. We’re talking about 70 Soundcloud releases in the past two years as well as 5 album releases on Bandcamp. Chase the Vagabond definitely has a sharp blade when cutting these tracks. And he paints that blade blue for this release.

Kristoff’s music is very sample heavy. At first these loops and his music in general might seem simplistic: Cut a four bar sample, drop a drum pattern, loop and repeat. But the amount work he puts into these beats is clear when you dive into them. The title track Shading In Blues features a deep synth chord progression panning from ear to ear. Chase then drops a bumping drum pattern. Chase knows how to layer elements well in his tracks. He adds soothing bells and subtle percussion to the mix to get that full sound which something that amateur producers often lack, but Kristoff’s no amateur.

Another impressive trait of Chase’s music is the originality that’s kept between all the tracks. Beyond this 13 track album released in March last year, he released a 14 track second volume about 5 months later, and just recently released the third and final 30 track volume this past April. Each bump is nothing like the other 56 because of the different samples representing various styles of music. He clearly has a world full of influences, which is fitting to the “vagabond” image of traveling the world.

So take a peek into Kristoff’s world. Blue is a great color and Shading In Blues is a great LP. You can download all three volumes for free and hear his other, non-blue projects by following Chase the Vagabond on Bandcamp and Soundcloud.