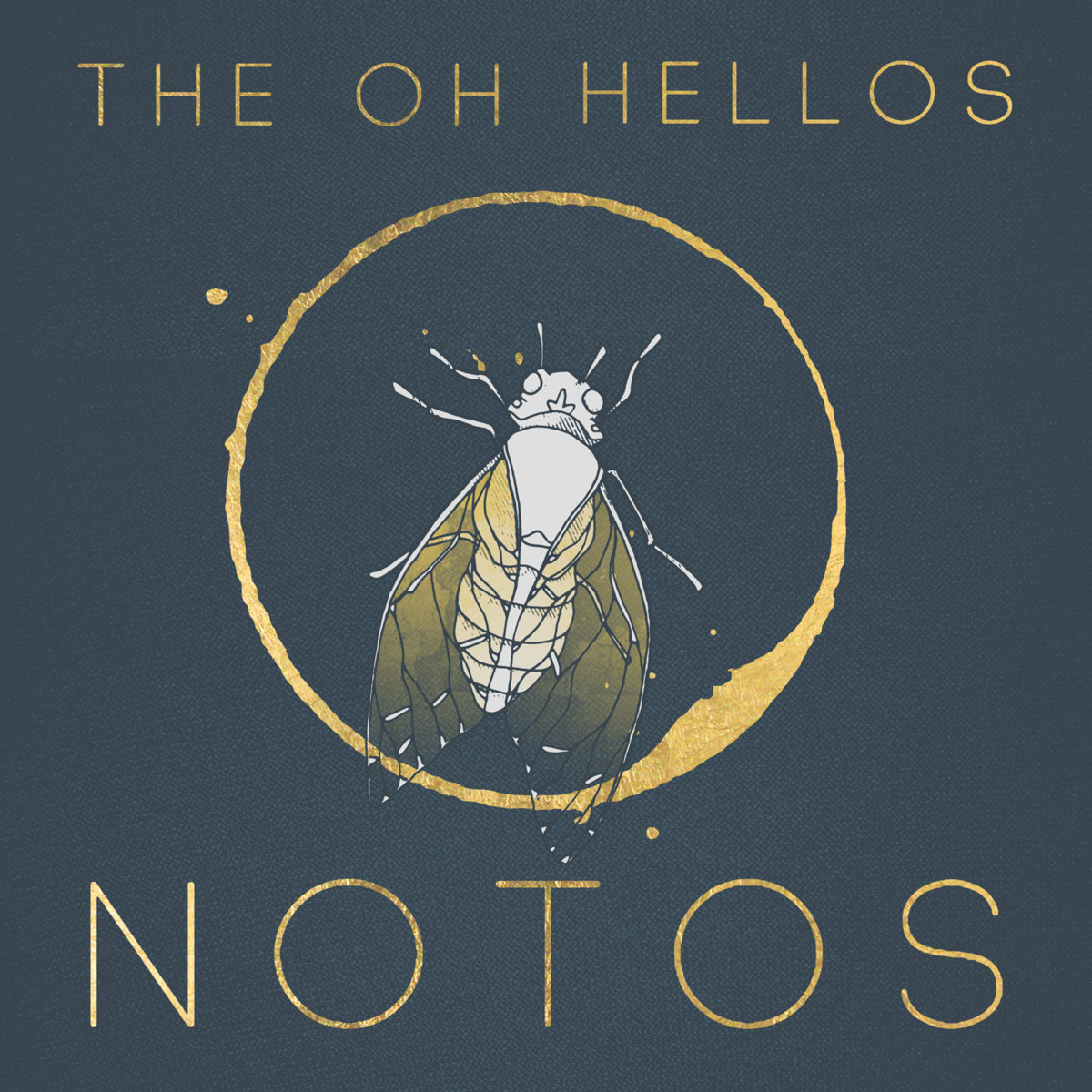 In Greek mythology, Notos is the God of the winds. He brings easy breezes to lazy summer days, and he also stirs up storms without a moment’s notice. The third album from The Oh Hellos, the folk-rock duo of siblings Tyler and Maggie Heath, takes after its title as it engulfs us in its windy aura and pulls us into its vibrant world.

The most striking aspect as you head into Notos is how earthy and organic it sounds. The duo says the album is aimed at capturing their childhood summers and the experience of growing up in the windy Texas Gulf Coast, and it hardly takes you 2 tracks into Notos to know that they’ve succeeded. With all its steel drums, chanting gang-vocals, hand-claps and banjos, the album feels like a living, breathing natural entity itself. Their easy, soothing folk passages burst into joyous, electric crescendos when you least expect it and there’s something about their warm, vocal harmonies that provides a feeling of intimacy. The Oh Hellos also give quite a lot of attention to crafting compelling melodies, with a few moments on the album where the music toes the line between folk and pop. But The Oh Hello’s talents do not end at musicianship. With subtle and symbolic lyrics like on Torches, a song about “violent nationalism” according to the duo, they prove that they’re equally stunning wordsmiths. Notos, in all, is a stunning addition to The Oh Hellos’ discography.